For twenty five years, I’ve worked in the fields of neurology, pain & injury both in hospitals and private clinics in New Zealand, UK, Australia and France.

I specialise in unravelling your body’s most deeply-held secrets… issues that traditional physical therapies don’t address, working with your body’s natural intelligence to unravel knots, release blockages and facilitate the natural flow of deep circulation within your nervous and immune systems.

This results in:
– A release of pain so you can walk, bend and turn over more easily
– A re-alignment of your body so it is not just that physical pain is reduced – you feel easier mentally as well
– A change in your posture and day-to-day movement so your body supports itself

My connection with my work is very personal …  when I was twenty-two, I was hit by a car.

A head injury left me relying on morphine to ease the unbearable pain I was in (childbirth is an 8 out of 10 compared to the pain I experienced… which was a solid 10).

As a fully-grown adult, I had to relearn to balance, walk, read, and move again. You can imagine how I felt …

It took a mix of physical therapy, acupuncture, craniosacral therapy and a lot of mental agility to bring me back on track.

Why am I sharing this with you?

I understand what it’s like to have your life dictated by pain. Whether it was brought on gradually, or with an accident – it isn’t something you just have to live with.

Background
I was born in New Zealand to English and Canadian parents, I was fortunate to have six sisters and brothers, and a memorable childhood marked with moves within New Zealand and to Canada. Drawn to a medical career, I chose physiotherapy for a hands-on career grounded in science.

As soon as I qualified, I moved to Europe where I worked in:
– London: care of the elderly & orthopaedics
– Oxford: neurology & neurosurgery
– Brighton: sports injuries, back and neck pain, and physio for a national league women’s football team, I was physio for the  team at their games as well as treating players individually
– Edinburgh orthopaedics, care of the elderly, medical rehabilitation & sports injuries

Then I moved back to Auckland, where I worked with chronic pain, rheumatology & mental health issues. 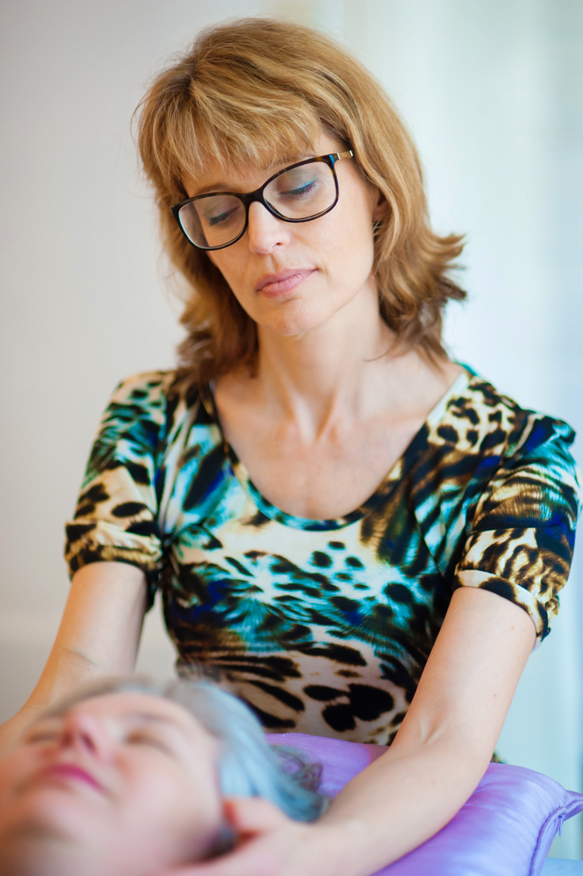 Starting as a physiotherapist in my home country, New Zealand, I traveled around the globe honing my skills in a range of hospitals and practices before retraining to become a craniosacral therapist: the one thing that made sense to the WHOLE of me--body, mind, and spirit.

For 25 years I have worked in the fields of neurology, pain & injury rehabilitation as a physiotherapist and craniosacral therapist.

Time to transform your life away from pain using a holistic approach.